Oliveira was born in Niterói, Brazil, the youngest of three children. She has two brothers: Givago (an economist) and Pablo (a lawyer). She graduated from the Sao Vicente de Paula school in Niteroi.

In 1999, Oliveira entered the Elite Model Look contest in Brazil and beat 30,000 girls for the top prize. She was sent to Nice, France, for the final international competition, where she placed second. Soon thereafter, she moved to New York with her mother Conceição de Oliveira to try to build her career. 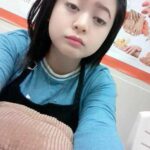