Annabella Avery Thorne (born October 8, 1997) is an American actress and singer. She played Ruthy Spivey in the television series My Own Worst Enemy, Tancy Henrickson in the fourth season of Big Love, and CeCe Jones on the Disney Channel series Shake It Up. She also appeared as Hilary/”Larry” in Blended and as Celia in Alexander and the Terrible, Horrible, No Good, Very Bad Day. In 2015, she played Madison in The DUFF, Amanda in Perfect High and Hazel in Big Sky. Thorne currently stars as Paige on the Freeform series, Famous in Love.

Thorne was born in Pembroke Pines, Florida, to Tamara Thorne (née Beckett) and Delancey Reinaldo “Rey” Thorne. She has three elder siblings, half-sister Kaili, Danielle, and Remy, who are also actors. Her father, who died in 2007 in a traffic accident, was Cuban. On her maternal side, Thorne said she is of Italian ancestry, with some Irish, English, Welsh, and German influences. Thorne has said that she was raised by a single mom who was supporting four children and that they were very poor, which is why she worked as a child actor, to help to support the family.

On a September 2017 appearance on Chelsea, Thorne told Chelsea Handler that she was bullied a lot growing up because she lived in a suburban area and her first language is Spanish because she is Cuban – and dyslexic — so not knowing English and having a hard time reading made things hard for her.

Thorne was diagnosed with dyslexia in the first grade. She was home-schooled after previously attending a public school, where she had suffered from bullying. She improved in her learning after attending a Sylvan Learning center and began reading and writing a grade ahead. She discussed her dyslexia in an April 2010 interview with American Cheerleader magazine and explained that she overcame her dyslexia by rigorously reading everything she could find, including the labels of cereal boxes. 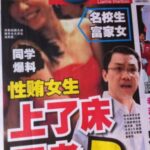