Sofia Boutella (born April 3, 1982) is an Algerian–French dancer, model, and actress. She is known mainly for her hip-hop and street dance, and for appearing in Nike Women’s advertising campaigns. Boutella has starred as Eva in StreetDance 2 (2012), Ara in Monsters: Dark Continent (2014), Gazelle in Kingsman: The Secret Service (2015), an alien warrior named Jaylah in Star Trek Beyond (2016), and the main antagonist, Princess Ahmanet, in Universal’s Dark Universe film The Mummy (2017). Also in 2017, she starred alongside Charlize Theron in Atomic Blonde, the film adaptation of the graphic novel The Coldest City, as undercover French agent Delphine Lasalle.

Boutella was born in the Bab El Oued district of Algiers, the daughter of jazz musician Safy Boutella and an architect mother. She started classical dance education at the age of 5, and at the age of 10 in 1992, she left Algeria with her family, and moved to France, where she started rhythmic gymnastics, and joined the French national team at age 18.

Theron became a U.S. citizen in 2007, while retaining her South African citizenship. In the late 2000s, she moved into the field of producing, both in television and film. She founded and owns the production company Denver and Delilah Productions. In 2006, she produced the documentary East of Havana. She had producing credits on the films The Burning Plain (2008) and Dark Places (2015), both of which she starred in. In 2012, she played Queen Ravenna in Snow White and the Huntsman and Meredith Vickers in Prometheus, both of which were box office successes. She reprised her role of Queen Ravenna in the 2016 follow-up film The Huntsman: Winter’s War. In 2016, Time named her in the annual Time 100 most influential people list. 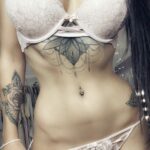 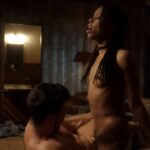