Erica is characterized by promiscuity in sexual relations. And she is angry at men because of one tragic event that happened to her in early childhood. Two of these factors together lead her to serious trouble. She’s being kidnapped by guys from a rock band. But at that moment one of them saw in her a woman.

Lauren Schneider was born December 27, 1979. She is an actress currently working and living in Los Angeles. After receiving a BA in Theater Arts from The University of North Carolina at Chapel Hill, Lauren trained at The British American Drama Academy in Oxford, UK; she has studied in Los Angeles at The Robert Mello Studio and at The Antaeus Company. Lauren has appeared on stage in both New York and Los Angeles in works produced by such award winning companies as Working Man’s Clothes, The Thursday Problem, Studio 42, Fiasco Theatre, Celebration Theatre and The Production Company. Most recently she appeared as Jill Mason in The Production Company’s award winning revival of Peter Shaffer’s “Equus,” and as ‘Jennie Mae Layman’ in Jim Leonard, Jr.’s “The Diviners;” also at The Production Company. Besides Blood IS Blood, her most recent film work includes Simon Rumley’s “Red White and Blue,” co-starring award winning actor Noah Taylor, Amanda Fuller, and Marc Senter, which premiered at SXSW 2010 and won Best of Fest Narrative at the 2010 Boston Underground Film Festival, and was recently released by IFC; “Wrestling,” directed by Jeremy O’Keefe, co-starring Emmy Nominee Melissa Claire Egan, and Jeff Conaway; “Among Brothers,” directed by John Schwert, and was an official selection of 16 film festivals including Palm Beach International, Worldfest Houston, and Atlanta Underground; and “The Rest of Your Life,” directed by Will Clegg, and was an official selection of The River Run International Film Festival. She was also chronicled on NBC’s Dateline “Scenes from a Murder.” Lauren Schneider – Producer Lauren has worked extensively as both an actress and producer on films including Gus (SXSW 2013) with Michelle Monaghan and Radha Mitchell, Somewhere Slow (2013) with Jessalyn Gilsig and David Costabile, Creature alongside Sid Haig, Red White and Blue (SXSW, Rotterdam, Best of Fest Winner at Boston Underground Film Festival) and Walter (Audience Award at Dances With Films). Lauren recently wrapped production on a documentary feature, Amendment One, exploring the controversial amendment barring gay marriage in the state of North Carolina. Directed by Will Clegg, the film is currently in post-production. In early 2013 Lauren brought the script for The Amateur to the attention of Tara and Blaise. Lauren spearheaded the ambitious project for which she is currently in post-production. Lauren is also the producer of the Hollywood Yoga Solstice Festival at The Grove hosted by Yoga & Love and Extra, the sister event to New York’s Times Square Solstice Festival, one of the biggest Yoga events in the country. In addition Lauren is in pre-production on her second documentary feature film, and has just completed post-production on a short film she wrote, directed and edited, which will also premiere on the 2014 festival circuit 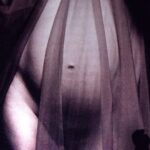 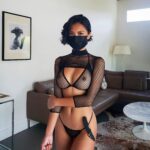