Han Ha-Yoo straddling a guy on a bed as she pulls her dress over her head, revealing her bra and panties. The guy then kisses her as he unhooks her bra, revealing her bare breasts. She then slides her panties off, showing bare butt before she mounts him while nude, riding him in his lap before he lays back.

Han Ha-Yoo on her back having sex with a guy on a bed before he turns her on her side and has sex with her from behind while reaching around to grab her breast. 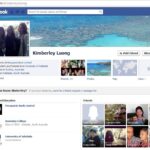